What is an STI?

Sexually transmissible infections (STIs) are infections which can be passed from one person to another during sexual contact. There are many different types of STIs. Not all of them have obvious symptoms, so it is easy to have an STI without knowing. Most STIs can be cured and all are treatable. But if left untreated, STIs can have long term effects on your health.

How are STIs transmitted?

The most common ways that STIs can be transmitted (passed from one person to another) are through:

Many STIs often have no symptoms, which is why it is important to get tested regularly.  When STIs do cause symptoms, they usually develop in the genital area. The genital area includes the vagina, vulva, anus/rectum/bottom, penis and testicles.

STI symptoms can include:

Protecting yourself from STIs

The best way to protect yourself from most STIs is by: 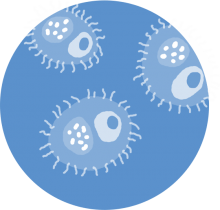 Chlamydia is the most common STI in the world.

Most people have no symptoms.

Using condoms or dental dams can decrease your chances of getting chlamydia.

Symptoms
Most people (95%) have no signs or symptoms. Some people can experience bleeding after sex, pelvic pain, burning when they pee or a change in their genital discharge. ⁣

Testing
Chlamydia is tested either by a urine sample, or a swab from the cervix, vagina, throat or anus.

Treatment
Chlamydia is most often treated with an antibiotic prescribed by a doctor. 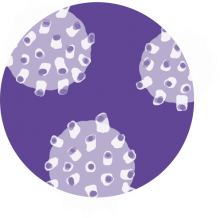 The Herpes Simplex Virus causes a viral skin condition known as cold sores (HSV1 on the face) and herpes (HSV2 on the genitals).

You can, however, get the HSV1 on your genitals.

Transmission
HSV1 can be passed through kissing and oral sex. HSV2 can be passed on through skin to skin and genital to genital contact.

Symptoms
Most people (80%) have no signs or symptoms. Symptoms can vary, and range from a few small blisters, a slight rash with itchiness to intense tingling, burning sensations and pain.

Testing
The only accurate test for herpes is through a direct swab of the sore(s).  It is not advised to get tested for herpes unless you have active symptoms.

Treatment
Herpes is treated with antiviral medication prescribed by a doctor. 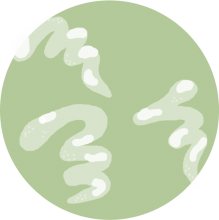 Syphilis is curable but if left untreated, can lead to serious health issues.

It can also be transmitted to babies during pregnancy and at birth.

Symptoms
There are usually no symptoms. When symptoms appear they will vary depending on the stage of the infection. First stage symptoms, if there are any, usually begin as a sore (ulcer) on the vagina, penis, anus or mouth.

Testing
Testing is via a blood test. A swab of an ulcer can also be taken. ⁣

Treatment
Syphilis is effectively treated with an antibiotic prescribed by a doctor⁣. Although the treatment is straightforward, it is important to have repeat blood tests to check that the treatment has worked.

Gonorrhea is a common STI that can affect anyone who has unprotected sex (without condoms) with someone who has the infection.

Symptoms
There are often no symptoms.⁣ If symptoms do occur they may include:  changes in Vaginal discharge, pain while urinating, pain during sex, pus-like discharge from the penis, swelling and pain in the testicles.

Testing
Testing is important if you have had sex with someone who has the infection and/or as part of routine screening⁣. Testing uses either a urine sample or swab. ⁣

Treatment
Gonorrhea is treated with an antibiotic prescribed by a doctor.⁣ 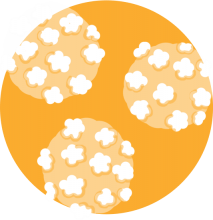 HPV (Human Papilloma Virus) is one of the most common viruses, with over 100 different types.

HPV is the leading cause of cervical cancer⁣⁣.

Transmission
HPV is easily transmitted through skin to skin contact. ⁣⁣Anyone who has sex which includes genital to genital contact can get HPV. ⁣Most people who have sex will have some type of HPV during their lives.

Symptoms
Most of the time you won't have any symptoms and won't know that you have it. For some people it can cause genital warts.⁣⁣

Testing
Cervical Screening Tests (previously known as Pap Smears) are the only way to test for HPV. The CST tests for the presence of HPV and for any changes to the cells of the cervix. People with cervixes should have these tests every 5 years from the age of 25. Screening and testing for HPV is only available for people with cervixes.

Treatment
For most people (90%), HPV infections will clear on their own. In Victoria, a vaccine is available for secondary school students, which protects against 9 high risk and low risk HPV types. ⁣ 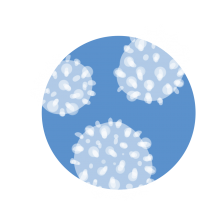 HIV (Human Immunodeficiency Virus) is a virus that damages your immune system, making it harder for your body to fight off infections or diseases.

Because of effective treatments, people with HIV can live an ordinary life span in good health and enjoy sexual relationships without fear of transmitting HIV, even without condoms. People living with HIV can also have children, with the choice to breastfeed when following set health guidelines.

HIV, when left untreated, is spread through body fluids, such as blood, semen, vaginal fluids and breastmilk.

The numbers of people acquiring HIV in Victoria and throughout Australia is being dramatically reduced due to HIV treatment. People with HIV who know their status and take treatment so HIV is undetectable in their body, can not transmit the virus (U=U).

PrEP (Pre-Exposure Prophylaxis):
PrEP is the use of medications to prevent HIV infection. By taking PrEP, you can reduce your risk of getting HIV by 99%. People take PrEP if they feel they are at risk of catching HIV such as through casual sex or travel to a high-risk country where HIV infection rates are higher than elsewhere.

PEP (Post-Exposure Prophylaxis):
People who may have been exposed to HIV can also be reassured by the availability of PEP.
PEP means taking HIV treatment within 72 hours of possible exposure, which prevents HIV transmission. This is available from emergency at hospitals.

Many people don’t know they have HIV, because they don’t have symptoms, or mistake their symptoms for other illnesses.

Symptoms of HIV can include flu-like symptoms (blocked nose, sore throat), tiredness, fever and chills, weight loss, swollen lymph glands, coughing or diarrhea. Symptoms often begin around 1-3 weeks after infection. This is called sero-conversion and is when HIV is rapidly infecting the immune cells.

Not everyone has sero-conversion symptoms. You may feel healthy for many years while HIV is silently damaging your immune system, until it can no longer protect you from common infections. When you eventually go to the doctor and are diagnosed with HIV, this is called "late stage diagnosis." In Victoria and elsewhere in Australia, people still die from AIDS due to late stage diagnosis linked to untreated HIV.

Testing
HIV is detected through a blood test. There are rapid (pin-prick) tests available, as well as blood tests. You can also order a home-testing kit. You can also have a free anonymous HIV test at the Melbourne Sexual Health Centre, where you don’t need to make an appointment or have a Medicare card.

Treatment
Although HIV cannot yet be cured, there are very effective treatments which control HIV to undetectable levels in the body. When people living with HIV are taking treatments and have an undetectable viral load, they can not transmit HIV to others. This is called Undetectable equals Untransmittable or U=U.

HIV is managed with a combination of antiretroviral medications, which stop the virus from making more copies of itself. These treatments are available with a minimal number of pills. There are also treatments for HIV via a two-monthly injection. The sooner the treatment is started, the more effective it will be in controlling HIV, and stopping HIV from silently doing damage to the immune system, which can not be fully restored - even after treatments control HIV to undetectable levels.

If left untreated, HIV can lead to AIDS (Acquired Immunodeficiency Syndrome). Because of excellent access to testing, treatment and care, AIDS is now extremely rare in Victoria.

For information in other languages